Dubai opens its doors wide for the most remarkable safety, security and fire protection products in the whole world. Under the name Intersec 2017, a trade fair will be held in January 2017 (from 22 to 24). During these three days, such amazing products as technologies detecting and disabling drones, as well as retail mobile solutions that use augmented reality and many other impressive productions will be demonstrated. The trade fair is organized in one of the most known halls of Dubai – the Dubai International Convention and Exhibition Centre. Here about one thousand and three hundred exhibitors (to be precise 1.285) will have a chance to demonstrate their productions or share with their solutions. Moreover, they may use the platform for launching their production.

It is simply impossible to imagine today’s security system without advanced technologies. Tech companies are manufacturing highly efficient and progressive products to gain a higher or preserve their current positions in the market. The Singapore company TeleRadio, for instance, offers its SkyDroner. The latter is a technology designed to detect, distract and disable not authorized quadcopters flying in restricted areas such as near or over airports, military bases, and other significant infrastructures. 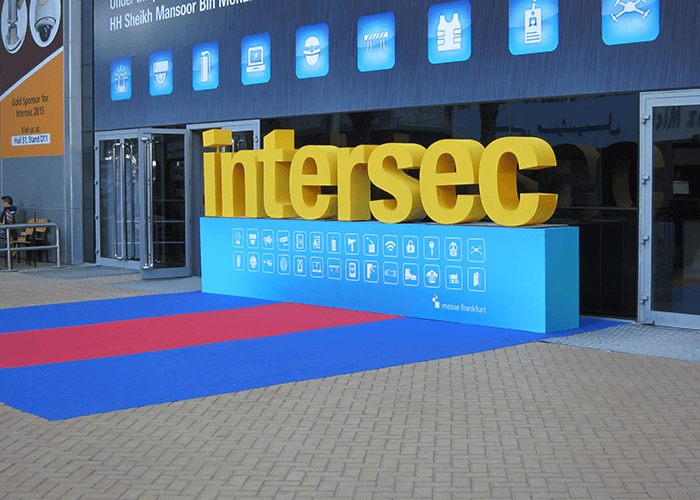 As it was stated, there were multiple occasions where unauthorized drones were found out flying in the zone of the Dubai International Airport during 2016. These cases, naturally, resulted in suspending all operations, as well as costing big money (several millions of dirhams) and evacuating passengers. Just alike cases were also registered in other airports of major cities with JFK and Newark airports in the United States of America in particular. To struggle against this problem, different measures have been taken including setting high fees on intruders.

Today, the Civil Aviation Authorities are engaged in installing custom made systems that can successfully detect drones and prevent the danger they are likely to cause. According to the regional sales director of TeleRadio Jason Quek, SkyDroner has all chances to be helpful in this combat. It has all the necessary features. First of all, the SkyDroner has the ability to identify any unauthorized quadcopter approaching the invisible barriers of security. Once installed, it constantly monitors the frequency of drones flying near the protected area. In the case of intrusion, the system registers both the location of the drone and its operator generating an alarm. Here the system identifies the make and the model of the drone. This is a highly important step as depending on the drone type, it needs a different command to perform the action necessary. Afterward, it overwrites the commands to force the machine to operate as commanded. The system may force the machine to return to its operator, cease the video recording, land at the location primarily designated, etc. Additionally, the SkyDroner system has the power to command an unauthorized drone perform a forced landing thus breaking all the communication between the machine and its operator.

This is truly an awesome technology that may serve quite many other purposes besides military and aviation security. For instance, it may successfully be operated in oil and gas infrastructure, as well as commercial and private building protection, etc.

Jason Quek and his entire team hope to get a chance to deliver its innovative SkyDroner system to different industries who need a better security these days when the drone application is rising rapidly in the whole world. And the Intersec 2017 trade fair is the best start point for fulfilling this aim.

The Intersec 2017 will be a great platform for the debut of another efficient company based in UAE. This is the Jard Inventory & Loss Prevention Solutions. The latter aims to provide the local retailers with information how to manage inventory risks or reduce any loss occurred as a result of certain administrative errors, damage, and theft. This company was founded by three partners all with a certain background of experience in physical security, law enforcement, and inventory management. Well understanding the importance of being acknowledged about all these, the company has undertaken to provide with such services and solutions that haven’t ever been presented before. Jard is also engaged in launching an analytics platform that will let retailers unit the digital world and the physical shopping experience. Here the company uses augmented reality, optimization, and mobile technologies.

Intersec 2017 is believed to host over thirty-one thousand visitors from about 128 countries. All of them should be seeking for innovations to prosper their businesses and make them more secure. Intersec 2017 will have seven sections of productions. These are:

As the organizer on the trade fair Ahmed Pauwels (the CEO of Messe Frankfurt Middle East) states, this event is going to be a perfect launch pad for exhibitors from various western countries who want to debut their innovative productions in the Middle East and the surrounding countries.

Intersec 2017 will take place during three days from the 22nd of January to 24th of the same month this year. The event will have a three-part program. The first one will be held under the name “the Intersec Fire Safety Conference” (on the 22nd of January), the second one will be held under the name “the Critical Infrastructure Security Conference” (from the 23rd to 24th of January), while the third part will be named the “Security Industry Regulatory Agency Forum (on the 24th of January). All the three days of the trade fair promise to be saturated with creative innovations to impress.