An Incredible Event: The Drone Tries to Notify a Paddleboarder about the Dangerous Shark

Recently, one photographer has shared the photos made with the help of a drone in the social networkingsites. These photos are amazing and at the same time horrible. Just take a look! Crystal-clear water, beautiful nature around and a huge tiger shark, thinking about the possibility to have lunch!

At first gaze, everything looks as it should be but a young paddleboarder is swimming nearby and he doesn’t even think about the possible danger. Several minutes before he was just enjoying the views and relaxed on the board with his legs dangling in the water.

These photos are not the foremost production shooting. All photos are made with the help of a drone. Professional photographer J.Nankivell was just shooting the nearby vicinity using his drone. When he saw thatthat young man was in danger, he wanted to notify him. He dropped the drone lower but the young mencouldn’t understand this hint. He couldn’t even believe that the shark is too close to him. These were themost dangerous minutes of his life, but he couldn’t even guess it. For several times a paddleboarder droppedhis legs in the water. After that, he decided to catch the wave and swam straight towards the shark. Thephotographer confessed that these were probably the most complicated minutes of his life. He realized thatif the board hit the shark, the consequences could be very tragic. The water was too shallow and very clear. Besides, the drone shot incredible images of this situation.

Nevertheless, the paddleboarder was a lucky man because the shark probably was satiated and swam away. The photographer didn’t know who that man was, but he wanted to see him and show these photos to him.

Except for this incredible situation, Mr. Nankvell shows the images of the salmon run. The photos are reallyamazing! Nevertheless, the salmon became the main reason why this shark flew too close to the beach. Besides, the experts saw these photos and agreed that that was the huge tiger shark, which could really eatthat man. He just was born with a caul!

Such salmon runs really attract sharks. For that reason, the Department of Fisheries notified that if theswimmer or the surfer sees the large accumulation of fish in one place, it is much better not to swim here. Besides, on weekends, a special lifesaver helicopter patrols the South West of Australia. In case it sounds thesiren, everyone should immediately leave the ocean. It means that they see the sharks swimming nearby. It is not allowed to swim for one hour after the siren. Besides, there is one more recommendation: if the surfersees the drone flying too close to him, it is not just a coincidence. It means the owner of a drone wants to notify him about the probable danger. 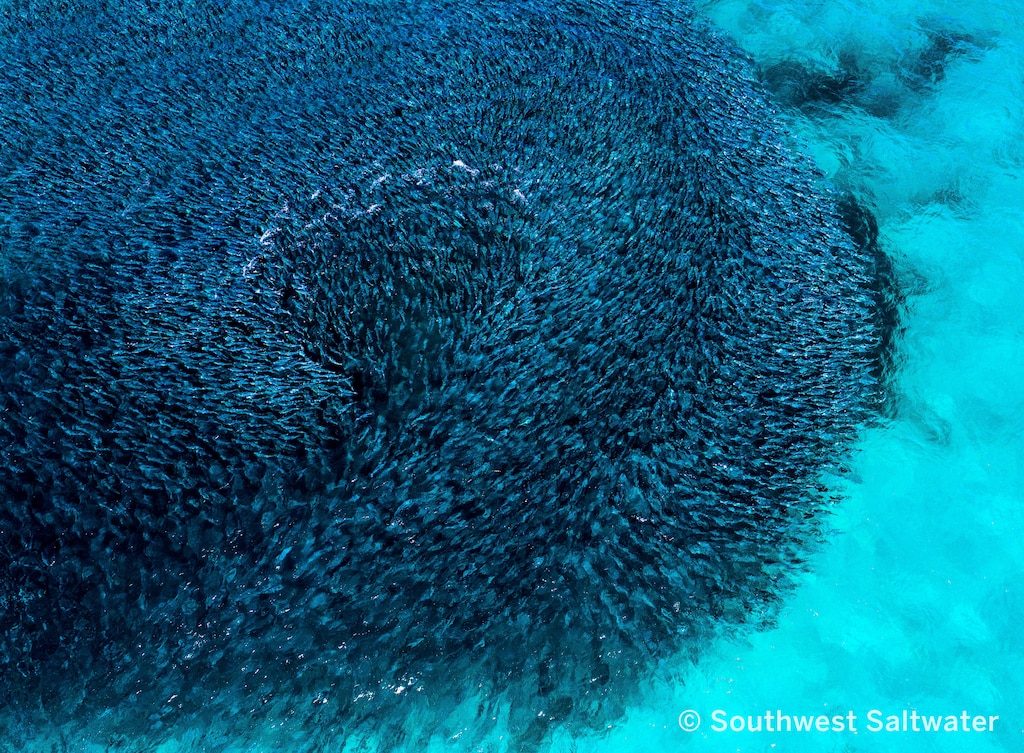