HoloLens 2 is a captivating mixed reality headset that blends virtual reality images with the real world. The
high tech gadget gives users a rare glimpse into a futuristic real-life controlled by artificial intelligence. DJI
drone with a HoloLens 2 offers users unprecedented control over the UAVs, and pilots get to interact with a
3D world virtual reality as if it were the real world. The HoloLens 2 transforms drones into human-controlled robots that can help to solve real-world problems. It makes a big difference in search and rescue and VR gaming experiences.

The design of the device is not so different from its earlier model; the HoloLens. The headset resembles
other VR headsets in the market such as Oculus, Samsung and HTC. What makes this new invention stand
out is its simplicity and user-friendliness.
Magnification and iris scanner
The human-like functioning of HoloLens 2 includes recognizing the user through a Hello iris scanner. The
mixed reality headset also recognizes your hands and creates full versions of them in the 3D world before
your eyes. The HoloLens 2 device is lightweight. It contains a Qualcomm Snapdragon 850 chip, the powering
technology behind most decent smartphones in the market today. The device magnifies the field of view to
two times that of the original HoloLens with 47 pixels per degree.

The new chip carries an A.I processor that helps to make sense of the images seen through the HoloLens. It
allows for better VR and MR overlays with faster response time. The other improvement on this piece of
tech is the voice recognition function. The audio commands functions, speech, and environmental sound
interpretations all make using this device a compelling experience. 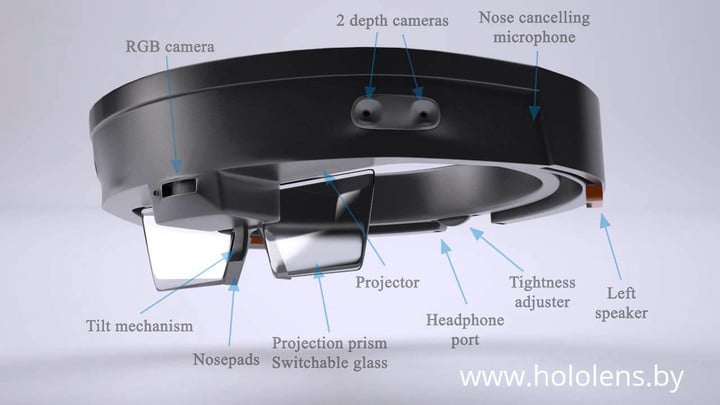 The Snapdragon 85 chip also integrates 4G LTE. That makes it is possible to use the device even in areas far
from a WiFi range by tethering it to a smartphone. The AI processor in the chip works better to map realworld
terrains of complex environments like forests and perform intricate tasks such as tracking a bird in
flight and projecting CG images over them.

DJI drone with a HoloLens 2

Combining DJI drone with the mixed reality HoloLens 2 transforms the way we interact with drones and
what we see through FPV cameras. The AI technology in the device enables for space-age remote sensing in
all environments.

You will take your gaming experience to the next level when you buy HoloLens 2. The head-mounted
reality display, when used with drones can create holographic images, throwing you into a new world where
you can interact with digital creations as if they were real-life objects. Drone racers do not have to worry about accidents and crashes anymore. HoloLens 2 enables visualization and localization between the vehicle and the operator. Using AI mapping solutions, the device localizes 3D coordinates between the UAV and the operator. 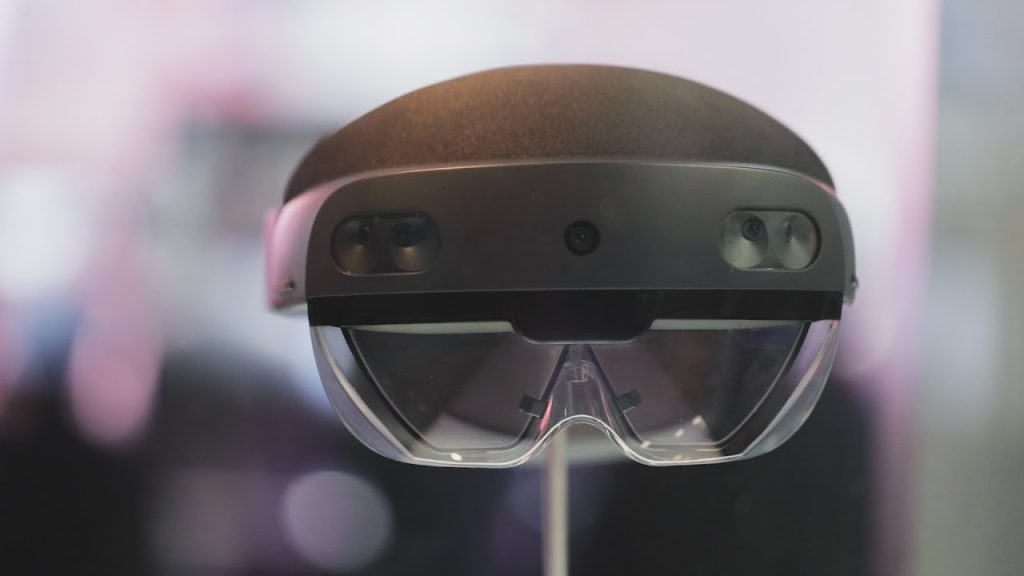 Until recently, controlling a drone out of site has been a real problem. Combining up drones with MR tech
like HoloLens 2 allows for easy navigation through complex buildings, large structures, and difficult
terrains. The real-time situational awareness does search and rescues an easy task.
The drone HoloLens 2 combination creates replica user identities in a 3D virtual world. That coupled with
the improved remote sensing systems transforms the drone into a perfect machine to send into disaster
zones. The pilots get to feel as if they are right in the center of the action with easy user controls and on the
sport with faster image processing.

The headsets use image-rendering tech to overlay live video from the drone on a 3D model of the
environment. You can control the images from the drone by merely moving your head. Since the HoloLens
2 is linked to your eyes, you get to select what you want to see just like in real life.
You can also control the drone’s motion by dragging the small drone-icon in the HoloLens and changing its
position. DJI drone with a HoloLens 2 facilitates a seamless and natural connection to the pilot and the drone
through two-way instantaneous communication. Through AI and speech learning, the drone can understand
commands and intent by the pilot’s voice.
DJI drone with a HoloLens 2 allows users to interact with virtual reality creations like holograms, without
even remembering that it is an unreal digital creation. For that reason, this device can play an intimate role in
the life of gamers and drone enthusiasts like never before