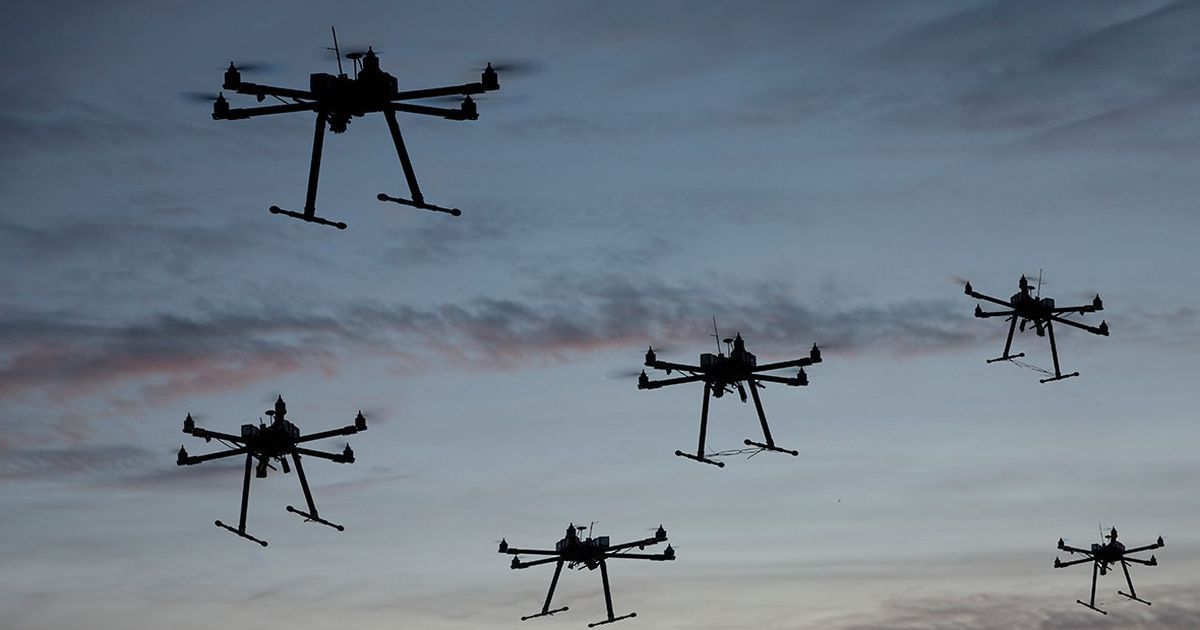 Quadcopters or, otherwise called flying drones are one of the most controversial gadgets today: some people want to ban them, others – increase their popularity. Such a disagreement can be explained by the fact that drones are not simply interesting and useful flying toys. If these technologies were once used only by military services, today they can be purchased by any civilian. Perhaps the low price is a determinant here, too. These technologies have already managed to cause plenty of disasters when ruled by inexperienced amateur drone flyers. And particularly these knuckleheads ruin the fun for everyone by flying where they shouldn‘t and making all drone lovers look irresponsible. Here are the most sensational and scandalous attacks performed by these machines registered in recent years.

1. Landing in front of the White House

At the end of this January, New York Times stirred up the news that an unknown drone landed in the territory of the White House. The quadcopter overcame all the security systems effortlessly and entered the protected perimeter. This caused a lockdown of the entire complex. As it was quickly revealed, terrorists were not to blame, but the US government officials. One of them decided to play with the gadget the previous night but lost the contact with it. The system detecting flying objects didn‘t notice that quadcopter, while the security saw the drone yet couldn‘t knock it down.

A flying machine attacked the German Chancellor during a speech at the Christian Democratic Party campaign in September 2014. The gadget Parrot AR fell right in front of Angela Merkel, and it was piloted by a member of the German Pirate Party. This way he expressed his protest against the actions of the authorities, but no one was hurt.

An ordinary weekend in December for a Brooklyn photographer Georgine Benvenuto ended up with a visit to the hospital. A drone cut off her nose with its paddles. This happened at the TGI Fridays restaurant where the drone flew with a bouquet of mistletoe. According to the tradition, once people meet under this flower they are to kiss. Perhaps, it wasn‘t the day for Georgine to kiss a handsome guy!

Triathletes Raydzha Ogden suffered from quadcopters during the competition Geraldton Endure Batavia in Australia. The organizers carried out photo and video shooting with the help of unmanned machines and one of them crashed into the athlete. The operators of the drone claim this happened because of the fact someone from the crowd caught the control of the machine.

In the fall of 2013, spectators of the show Great Bull Run – a Virginia festival with music, tomato fights and bull runs – were injured by the flying videographer. The drone was shooting the event and crashed into the crowd hitting several people. So, besides being extremely cautious not to have a massive bull running over you during the festival, one should worry about a flying object that may fall on you!

6. Drones and helicopters in urban environments

One of the biggest fears about drones – collisions with aircraft and helicopters – almost became true recently. A helicopter of journalists in Washington was illuminating a local fire. The pilot of the helicopter noticed the drone flying too close to them. No collision happened at this time, yet the US aviation agency gets about 25 complaints of such events every month. 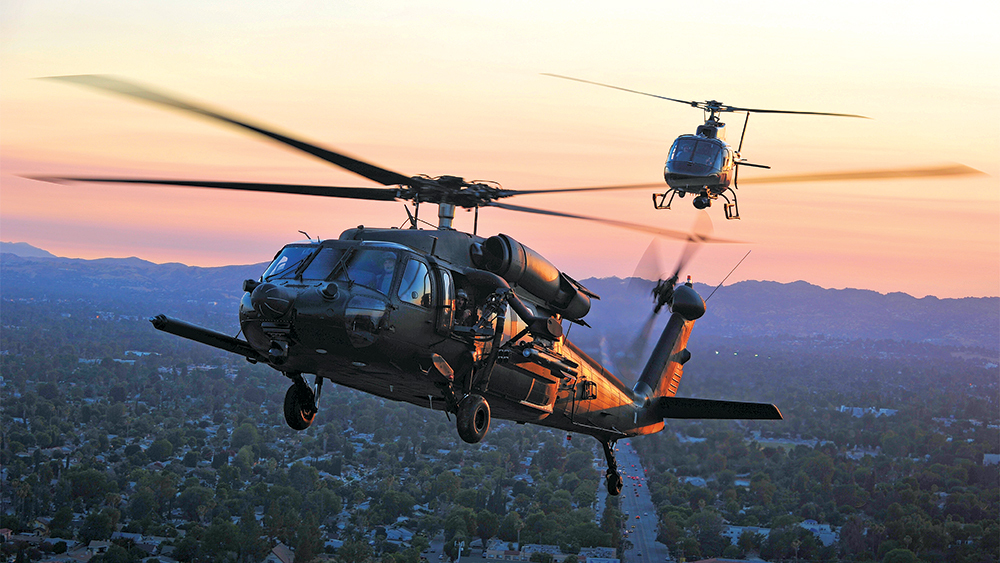 In July 2014 news about a major plane crash could be shown on TV if the drone crashed into the Airbus A320. The latter took off from London’s Heathrow Airport and was already at a height of 300 meters when the pilots reported the air traffic controller about a serious possibility of collision.

In the winter of this year, another unusual way of drone usage was accidentally revealed. On the US-Mexico border, a drone was found that was carrying more than three kilograms of methamphetamine. The secret was disclosed after the drone crashed into the store building in Tijuana parking lot on its way.

It won’t be possible to play a game of American football today. This was proved by the case in Charlotte, North Carolina when a drone began circling over the stadium. It didn‘t bring about any problems, yet the operator was arrested and interrogated. This was not the first and certainly not the last case when a drone is operated in urban areas. Particularly such cases make FAA think about criminalizing drone flights in such areas. 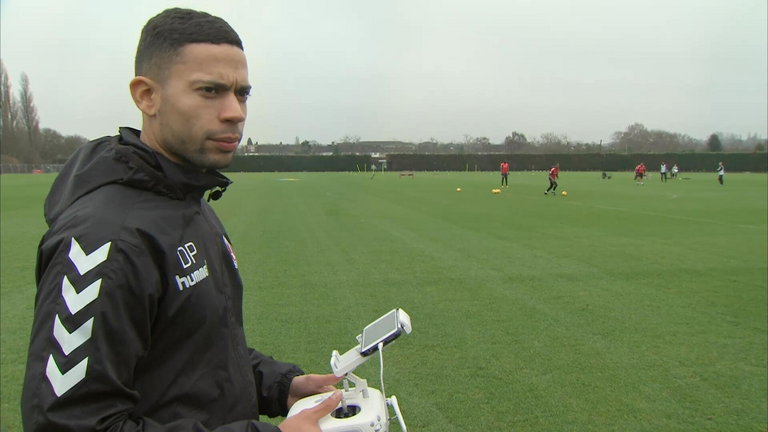 A Dutchman accidentally crashed his quadcopter into the Grand Prismatic Spring geyser, which is located in Yellowstone National Park. The administration feared that the sunken drone along with the attempts to pull it out could ruin the geyser. The “guilty drone lover” admitted his mistake only for having his drone returned to him. He was too lucky to just get a fine.

Recently a wedding celebration took a “hairpin bend” when the drone used by the photographer to steal a moment of the marrying couple walking in the garden crashed into the couple. The bride was OK, but the groom got cuts on his face and neck. Fortunately, there was nothing much serious and the groom was a good sport all about it.

Drones are sold at quite affordable prices, yet there are truly powerful models sold at expensive costs. Well, not so powerful at times! During a SWAT training exercise in Montgomery County (Texas), a $250.000-worth drone crashed into the lake! The reason here was the rotor coming apart during the flight. The county officials replaced the drone yet the $250.000 were not to bring back.

It is not the first case when nature “protects” against man-made machines. This time red-tailed hawk that flew in Massachusetts park in Cambridge attacked a drone flying nearby. Though this skirmish did not last long, it proved once more that quadcopters are a danger to wildlife.

14. Drones are threats if weaponized

During the Major League Baseball game between the Baltimore Orioles and the Detroit Tigers, a drone buzzing by overheads was registered. This was of not any danger unless it flew high, yet, if weaponized, it could bring a great disaster. Sporting events attract thousands of fans and terrorist may use drones for harming a great number of people at once.

Perhaps the worst unfortunate case with a drone flight that had a dramatic outcome took place in Worcestershire, England last year. An eighteen-month baby was playing in the garden whilst his neighbor was trying his new drone outdoors. The baby’s eyeball was sliced in half, yet fortunately (if it may be called so after such a disaster) the baby’s life was not threatened. The neighbor, an allegedly experienced drone operator, by the way, lost the control over the machine when it clipped a tree. Up till today, there has not been registered any other more disastrous accidents with drones in the main role. Hope, there won’t be any, either. 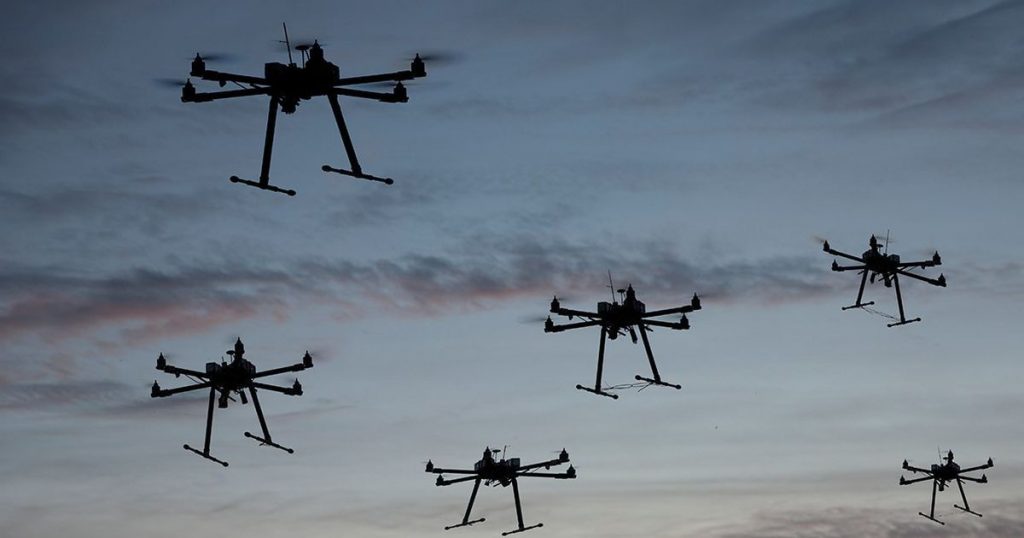