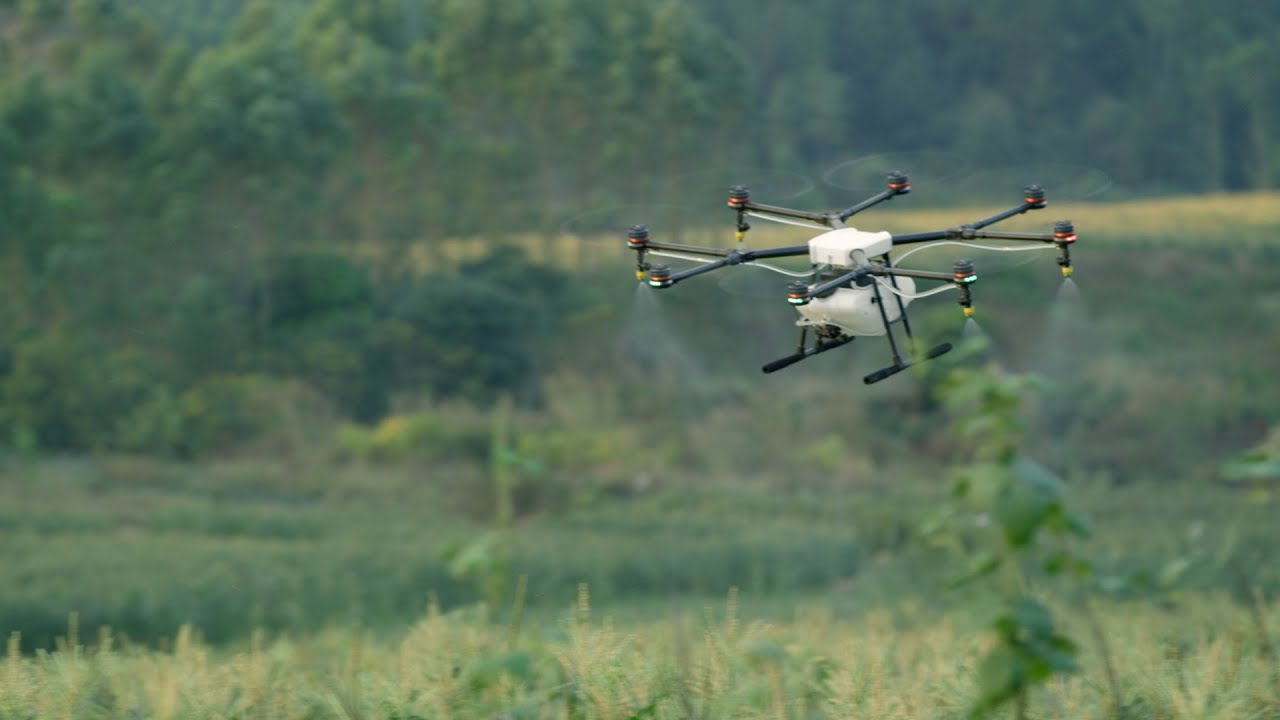 Drones are actively used for aerial photo and video filming, and the defense industry has also considered the possibility of their usage. However, the scope of application of copters is expanding non-stop. Robohunterwill tell you about 15 areas where these robotic devices may strike root. Judging by the number and diversity of occupations which UAVs may overtake, it’s safe to say the era of drones has begun!

Last year, a GoPro quadcopter managed to discover an ancient settlement in Mexico. This became possible because they equipped the robot with a thermal camera, and it revealed the location of cold areas beneath the sand, where archaeologists found ancient tombs. Helicopters in major Ukrainian cities are also equipped with thermal cameras, so that they help to monitor the heat pipelines and spot any outbursts.

Last year, Project Tango and NASA experts decided to jointly create autonomous assistant drones that would help astronauts in everyday life. These drones are shaped as spheres and designed to work in zero gravity. Thanks to the Google developments in the AR field, you can create a 3D model of the surrounding space which significantly simplifies navigation for the bots.

Last year, two Internet giants simultaneously announced their decision to create networks that will cover the entire planet. In March 2014, Mark Zuckerberg expressed his desire to buy a company engaged in development of solar-powered drones. A month later, Google reported about their acquisition of a similar company. The IT giant also expressed the desire to form a network comprised of satellites, drones and lasers, which will ensure the Internet coverage across the globe.

As a result, the IT giant became the owner of the Titan Aerospace brand, which should provide for the Internet access in remote areas of the planet. Solar-powered robots have been successfully used for more than a year, so they only need to be taught to fly and equipped with more powerful transmitters in order to achieve this goal. The required number of satellites are already in orbit.

A drone doesn‘t always take the form of a small quadcopter. MIT has confirmed this once again, having developed mini-helicopters controlled remotely. These drones will deliver medicines and supplies in remote areas of the planet. Such a transportation will cost much cheaper than using other means of transport: a car or a helicopter.

Recently, the media has reported that Amazon and Alibaba will use drones to deliver ordered goods to their customers. So far, both companies are actively looking for a way to bypass the legislative restrictions. They are likely to succeed, because Google has engaged in solving this problem.

Drones not only transport goods; they also actively deliver pizza. Dominos Pizza, one of the world’s largest chains of pizza restaurants, uses this type of delivery. They have had their own DomiCopters since two years ago. Since then, the technology has advanced, and such high-speed delivery services are quite likely to become a reality in the near future.

Such a drone can be of use before the launch of a construction project. The robot inspects the construction site for compliance with the sanitary and epidemiological requirements and standards for one or another height. In addition, it will measure the level of electromagnetic radiation. A drone can also inspect the area adjacent to the construction site, measuring the noise and radiation level at a particular height.

Wokker, a chain of restaurant in Asia, has experience in the use of unmanned aerial vehicles for the advertising purposes. Their creative advertising agency manufactured 10 drones. These flying banners can be seen around the business centers; during lunchtime, they beckon hungry “white collars” to visit a Wokkerrestaurant.

In Singapore, unmanned aerial vehicles help the catering establishments to cope with the staff shortage. The Infinium Robotics drones are controlled with the help of a computer program, while the infrared sensors enable them to navigate in space. On top of that, each device comes with cameras, propellers and protective grilles.

According to the plans, a local bar will begin using the Infinium Robotics drones in late 2015. They will carry up to 2 kg of food and beverages at a time.

In the London restaurant Yo Sushi, drones have already been successfully replacing the flying trays. Local waiters no longer have to move from table to table; instead, they control the UAVs through an iPad app.

Many countries have been fighting actively against illegal immigration for many years, as well as against piracy and terrorism. The use of unmanned aerial vehicles can provide significant help in solving these problems. For example, the police and border authorities in Australia actively use drones to ensure the coast’s safety. India intends to follow the suit in the near future. According to the terms of the potential tender, the devices will be used for both day and night operations.

The assistance of drones may also be relevant in solving the environmental issues. With their help, the authorities can make sure that people do not pollute the natural resources with waste; besides, drones can be used to study the ozone layer.

US biologists and epidemiologists are sounding the alarm: the bee population is declining rapidly in the country due to pesticides, parasites and some other environmental influences. To solve this problem, a robotic bee was created at Harvard. Its task is to transform the energy into motion (piezoelectric).

So far, this projects isn‘t able to save all the bees in the world, because it has several limitations. The tiny bees are attached by wires to a power source, and their tiny bodies do not allow to adjust the direction of their movement. However, it’s possible that we won’t be able to distinguish regular insects from robots in the future.

Floyd Mueller and Eberhard Grater from the Australian Institute of Technology have created a drone that can become your personal jogging coach. It will accompany the person and set the necessary pace. Besides, you can have a running competition with the robot. With the help of special software, the drone is able to recognize the runner by the color and pattern of their garments. The Jogobot creators made sure that the drone is always ahead of the runner, so that the person doesn‘t get the feeling of being stalked.

Wine-growers in the French region of Bordeaux use the assistance of a UAV. Here, a flying robot fitted with a high-resolution camera monitors the situation on the fields and informs the wine-growers about the vine’s condition. Thus, they get to know whether the grape needs additional watering or fertilizers. The drone also has an infrared camera to determine the degree of maturity of the grapes. This allows to gather the grapes from each vine at the time of their optimum ripeness, which is crucial for the quality of wine.

Since these aerial devices can observe everything from above, they may become the perfect assistants for media workers. Future journalists at the University of Missouri take classes on how to control drones. They are taught to use UAVs to gather information. Paparazzi have an active experience of using drones to receive photos and video of celebrities chilling at their pools.

Besides, drones are employed in sports journalism. At present, Falkor Systems is developing robots to be used to capture extreme sports, such as snowboarding, BASE jumping, rally, etc.

The guards at their posts can be replaced with a drone equipped with a built-in video camera, heat and movement sensors, and a stun gun (with a charge of 80,000 volts). The railway company Deutsche Bahn has such an experience: they employed drones to find out who had vandalized the train cars with graffiti. For these purposes, the company purchased a number of drones, which were flying above the railway track at a height of 150 meters and descended as soon as they noticed something suspicious.

Disney employs drones in their air shows. According to the idea, the show will involve airborne puppets controlled by drones. The system will be fully integrated into the ground control station, which will control the flight of the devices throughout the performance. Disney employees believe that this will allow them to get rid of the restrictions that currently apply to their air performances.

In addition, these aircraft can be used during the celebrations and corporate parties, where contests involving combat copters can be arranged for the guests’ entertainment.