The Parrot Sequoia is a multispectral camera specifically designed to be compatible with all types of UAVs/Drones. This multispectral drone camera offers a comprehensive solution to precision agriculture, utilising it’s two sensors – multispectral and sunshine – to analyse plant vitality by capturing the amount of light they absorb and reflect. This data can then be used to to provide invaluable information to farmers, so they can do what’s best for their fields.

Gathering crop data for NDVI mapping is no longer the sole province of mega farms with unimaginable budgets. Renting expensive satellite time or hiring a helicopter is a thing of the past.

All you need is a consumer drone—and the Parrot Sequoia Multispectral Sensor available from Aeromotus. Sequoia can turn just about any consumer-targeted drone into an agricultural mapping drone. Gather data that, when analyzed, tells you how to adjust pesticides, herbicides, fertilizer and irrigation to maximize plant health and crop yield. Identify plant disease and treat it before it’s too late.

Sequoia is a precision instrument that belies its diminutive size and weight. The downward-facing Sequoia works in tandem with an included, upward-facing sunshine sensor.  Together they weigh less than 4 ounces. The Sequoia itself is less than 2½ inches long; the sunshine sensor is even smaller. 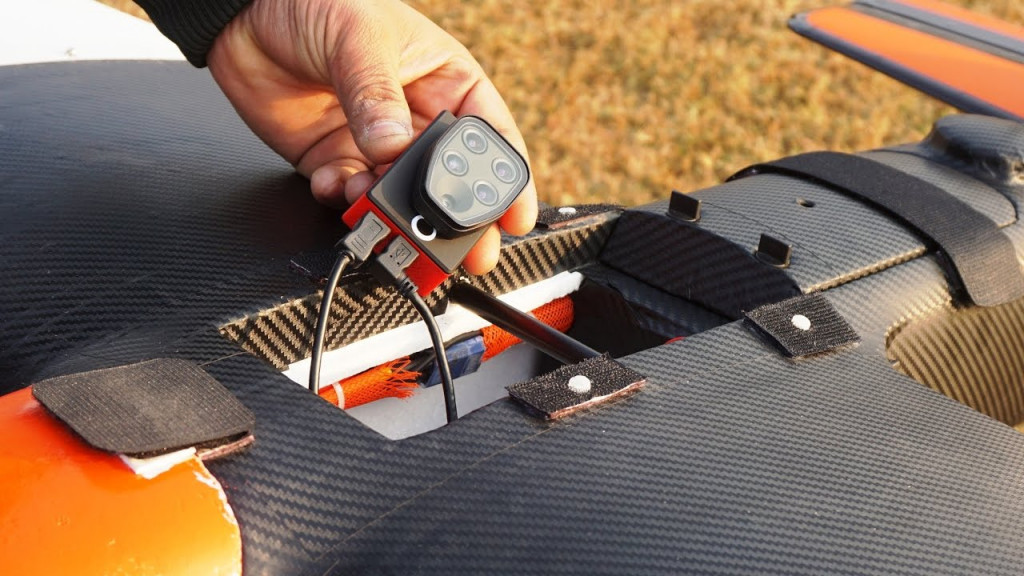 Sequoia is not a single sensor, but a tiny, highly capable system of cameras and electronics. They work seamlessly to gather images and measure the light coming off crops and the fields in which they are planted. That data, which is geotagged for precisely locating where images and readings were taken, is analyzed for a detailed picture of crop health. It is basically the same process that satellites have used for years in doing NDVI measurements.

Sequoia attaches to the underside of your drone. It has four cameras that separately capture four bands of light, including two infrared bands invisible to the human eye:

Separate readings of the four bands of light produce analysis that is more detailed than and superior to data gathered by a single multi-band sensor. Sequoia does more than capture these light readings; it also adjusts for speed and height of the aircraft, and for sunlight at the time the readings are taken. So even if the day goes from sunny to partly cloudy or completely overcast, your readings will continue to be accurate. The sunshine sensor, which is included in your purchase, attaches to the top of your drone. 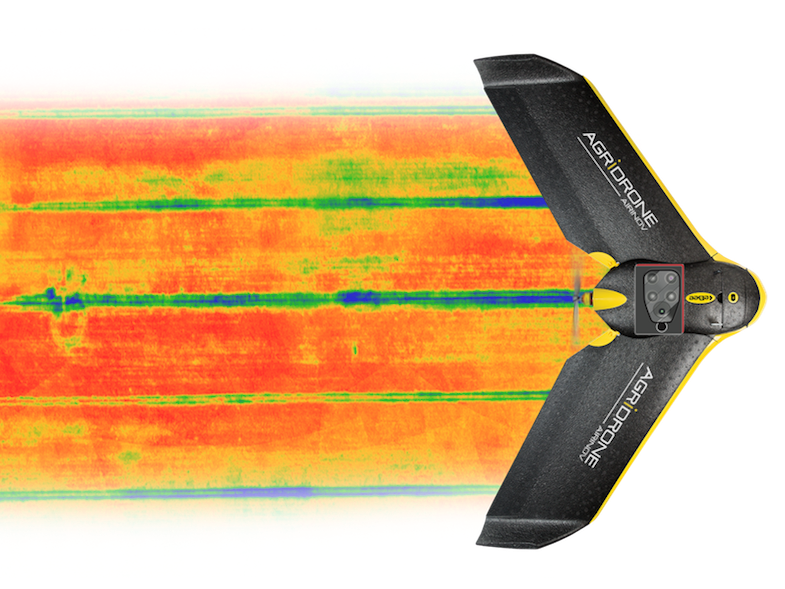 In addition, the Sequoia has an RGB camera that’s useful for scouting field and crop conditions. It can snap up to one full-color image a second; it points downward, along with the other camera lenses.

Because all images taken by Sequoia are geotagged, you’ll know the exact location of the field or portion of a field in each image and in each piece of data. That means you can give your drone coordinates and it will go right back there, where you can use Sequoia’s RGB camera to scout the area of concern. 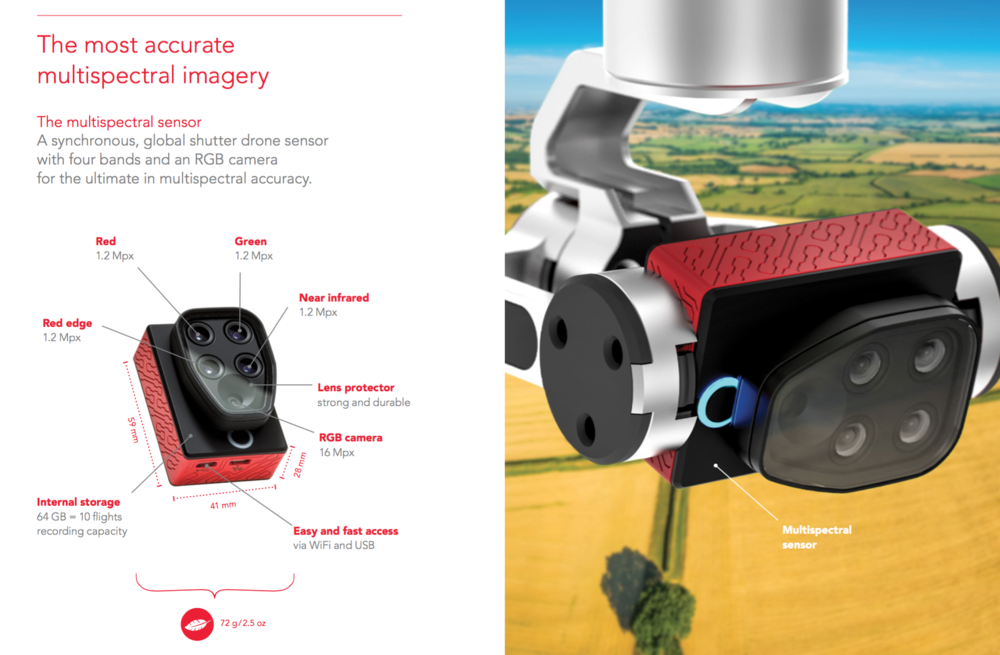 A farmer with a detailed crop map no longer has to make decisions field-by-field. Decisions on applying pesticides, fungicides, fertilizers and even water can be made on precisely defined parts of a field. This micro-plot management saves time and money by allowing a farmer to take action only where it is needed. Taking prompt action can save crops, or even plants. Scientists have documented the saving of entire orchards by identifying and promptly attacking diseases after analyzing crop-mapping data. Crop mapping and analysis of agronomic indices also play an important economic role by helping to forecast yield. 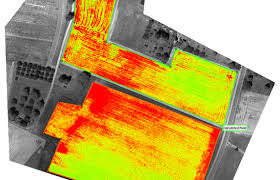 The Sequoia has 64GB of internal memory. The amount of data and number of flights it will record vary by aircraft, speed and altitude, but that’s likely enough for 8-10 flights. A slot allows you to add memory with an optional SD card. That eases data transfer and allows you to record data from a single flight, then access or upload it quickly. Data recorded on the internal memory can be accessed through built-in WiFI on each Sequoia or through its USB port.