See Beneath the Surface

Agriculture imagery collection is now simpler and more efficient than ever before with a built-in stabilized imaging system that collects comprehensive data sets right out of the box. Access information collected by 1 RGB camera and a multispectral camera array with 5 cameras covering Blue, Green, Red, Red Edge, and Near Infrared bands – all at 2 MP with global shutter, on a 3-axis stabilized gimbal.

Integrated Spectral Sunlight Sensor for Accurate Results
An integrated spectral sunlight sensor on top of the drone captures solar irradiance, which maximizes accuracy and consistency of data collection through different times of day. When combined with post-processed data, this information helps to obtain the most accurate NDVI results.

Meaningful Data at Your Disposal

View Both RGB and NDVI Feeds
Simply having aerial imagery is not enough for ag professionals who want to know more. Switch between a preliminary Normalized Difference Vegetation Index (NDVI) analysis and the live RGB feed to immediately visualize where attention is needed, so targeted treatment decisions can be made quickly.

Centimeter-level Precision
Get real-time, accurate positioning data on images captured by all six cameras with DJI’s TimeSync system, providing centimeter-level accurate measurements. The TimeSync system continually aligns the flight controller, RGB and NB cameras, and RTK module, fixing the positioning data to the center of the CMOS and ensuring each photo uses the most accurate metadata. All cameras go through a rigorous calibration process where radial and tangential lens distortions are measured. The distortion parameters gathered are saved into each image’s metadata, letting post-processing software adjust uniquely for every user.

D-RTK 2 Mobile Station and NTRIP Compatibility
Enhance the accuracy of RTK positioning without internet connection by connecting the P4 Multispectral to the D-RTK 2 High Precision GNSS Mobile Station and NTRIP (Network Transport of RTCM via Internet Protocol)2, or store the satellite observation data to be used for Post Processed Kinematics (PPK).

The Beginning of Intelligent Agriculture Missions

Collect multispectral images efficiently across a large area using the P4 Multispectral and gain an overview of problem areas.

Easily access and process aerial data by applying plant-specific metrics and parameters to acquire the desired results on plant health.

Implement targeted treatments on areas that need attention based on accurate drone data.

Which microSD cards are supported?

* It’s not recommend to use the Patriot EPPRO 64GB microSDXC UHS-3.

What are the key differences between the Phantom 4 Pro V2.0 and Mavic 2 Pro?

For users that prioritize portability, the foldable design of the Mavic 2 Pro would be more suitable. If 4K/60fps video or a mechanical shutter is of greater importance, then the Phantom 4 Pro V2.0 would be a clear choice.

What are some key features of the Phantom 4 Pro V2.0’s camera?

The camera is equipped with a one-inch 20MP sensor and has a manually adjustable aperture ranging from f/2.8 to f/11. It also supports autofocus by half-pressing the shutter button and has a focus range starting at 1 m. Always refocus before capturing additional shots if the subject has moved beyond the focus point. Refocusing is also needed when transitioning from close shots to longer shots while recording.

What are some advantages of the Phantom 4 Pro V2.0 for shooting video?

What is the resolution and format of photos captured while recording video?

Photos will be captured as JPEG in the same resolution as the video recording.

What is the advantage of using the new H.265 video format?

What is the benefit of having a mechanical shutter?

An electronic shutter may cause artifacts and distortion, such as rolling shutter distortion when shooting fast-moving objects. A mechanical shutter prevents this and guarantees a high-quality image.

Yes. Switch from Metering to Focus mode, then tap a point on the display to focus at that point. Autofocus can be triggered by half-pressing the shutter button before fully pressing the button to capture an image. Focus can be set between 1m and infinity.

What are the main features of the Phantom 4 Pro V2.0 camera lens?

The Phantom 4 Pro V2.0 uses a camera lens optimized for aerial imaging, with an aperture range from f/2.8 to f/11 and a 24mm equivalent focal length. It’s equipped with a mechanical shutter and adjustable aperture range, with autofocus support.

When does the infrared sensing system work during flight?

Only in Beginner mode and Tripod mode.

How does the infrared sensing system work?

Available only in Beginner mode and Tripod mode, the infrared sensing system has a sensing field of 70 degrees horizontally and 20 degrees vertically. The radiated infrared light is reflected back by obstacles, allowing the sensors to “see” them at a distance of up to 23 ft (7 m) by calculating the difference in projection and reflection times and using this information to create a 3D model of the environment and obstacles in it.

How does the Phantom 4 Pro V2.0’s obstacle sensing system work?

Are there any differences between the front and rear obstacle sensing systems?

No. The remote controller of the Phantom 4 Pro V2.0 cannot be used with other Phantom series drones.

The Phantom 4 Pro V2.0 remote controller is equipped with the OcuSync 2.0 transmission system and can be connected to DJI Goggles wirelessly for immersive FPV flight at up to 72 kph in S-mode.
The Phantom 4 Pro V2.0 is compatible with two remote controller types: the standard version and the built-in screen version. Both can switch between 2.4GHz and 5.8GHz frequency bands with a maximum controllable range of 4.3 mi (7 km) (unobstructed, free of interference, and FCC compliant).
The Phantom 4 Pro+ V2.0 controller has a 5.5-inch 1080p display, with 1000 cd/m2 brightness and the built-in DJI GO 4 app. Its remote controller is also equipped with an HDMI port, microSD slot, microphone, loudspeaker, and Wi-Fi connectivity.

Can I detach the integrated display from the Phantom 4 Pro+ V2.0 remote controller?

Can I connect an iOS device or Android device to the Phantom 4 Pro+ V2.0 remote controller to use DJI GO 4?

Does the Phantom 4 Pro + V2.0 remote controller have a built-in loudspeaker and microphone?

What is the resolution of the Phantom 4 Pro +V2.0 remote controller display?

What apps are already loaded on the Phantom 4 Pro + V2.0 remote controller display?

What operating system does the Phantom 4 Pro +V2.0 remote controller display use?

It uses a customized DJI system.

Can I download third-party apps onto the Phantom 4 Pro+ V2.0 remote controller?

Users can install third-party apps when the Phantom 4 Pro+ V2.0 remote controller is updated to the latest firmware. However, DJI cannot be held responsible for any compatibility issues or other problems that occur as a result. If you experience any problems after installing a third-party app, we recommend uninstalling the app and/or restoring the controller to its original factory settings.

It supports Wi-Fi but not Bluetooth.

What Intelligent Flight modes does the Phantom 4 Pro V2.0 feature?

How has the Phantom 4 Pro V2.0’s Return to Home function been improved?

The Phantom 4 Pro V2.0’s Return to Home function forms a map of its environment in real time. The aircraft chooses the best flight path to return home and senses as far as 300 m away to avoid obstacles more effectively. If the control signal is lost, the Phantom 4 Pro V2.0 will retrace its original path to regain its connection after one minute. When it reconnects, it will return following a straight route. If it fails to regain connection, it will also revert to straight line RTH.

How do I use Narrow Sensing?

How has the propulsion system for the Phantom 4 Pro V2.0 been optimized?

What is the capacity of the Phantom 4 Pro V2.0 battery? How much has the flight time been extended compared to the Phantom 4?

The battery capacity is 5870 mAh. It allows the aircraft to fly for two additional minutes compared to the battery of the Phantom 4.

While updating, if the battery level of the aircraft battery or controller battery drops below 50%, will the update process fail?

Yes. Always use a battery with more than 50% power when updating.

What if battery firmware is not consistent with the updated aircraft?

Use the DJI GO 4 app to update the battery firmware to the appropriate version.

Be the first to review “DJI Phantom 4 Multispectral” 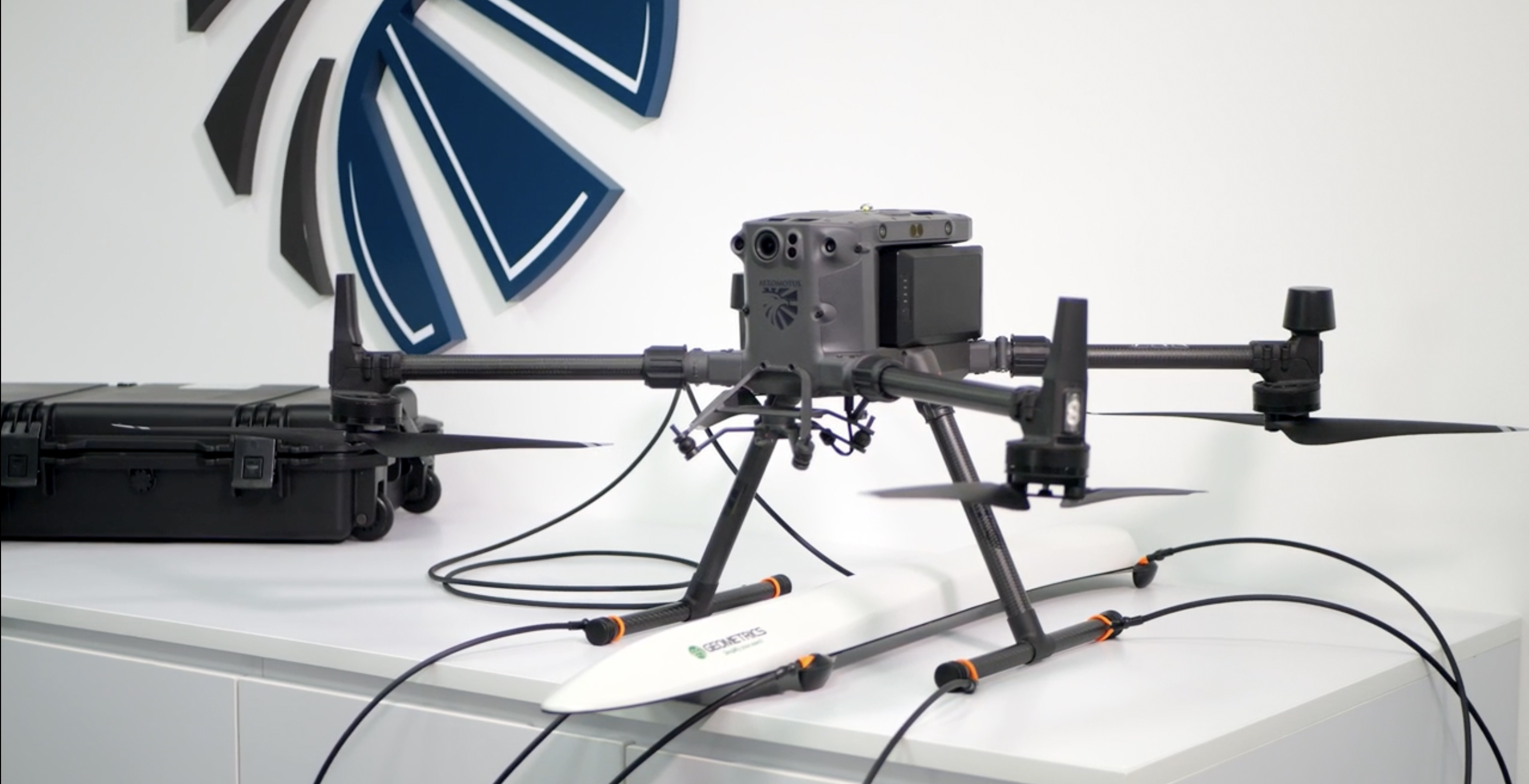 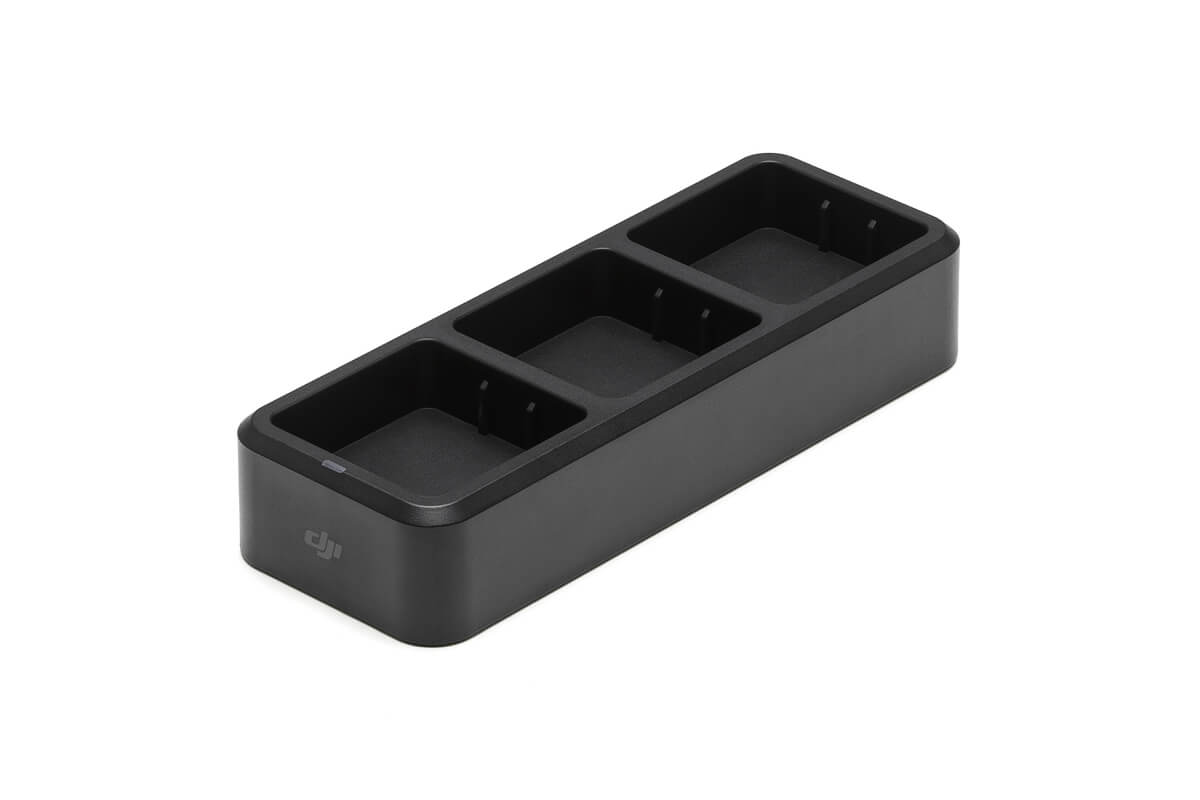